Reduce the CPO and increase ROAS during the sales season

During the January sale, the advertising agency Terralife conducted a campaign for an online clothing store. The goal was to increase sales volume and direct revenue at the minimum investment into promotion. For this purpose, a one-month campaign with dynamic remarketing was launched at myTarget platform, which allowed to meet specific KPIs, to increase ROAS by 30% and to lower CPO by 20% in comparison with the set KPIs. 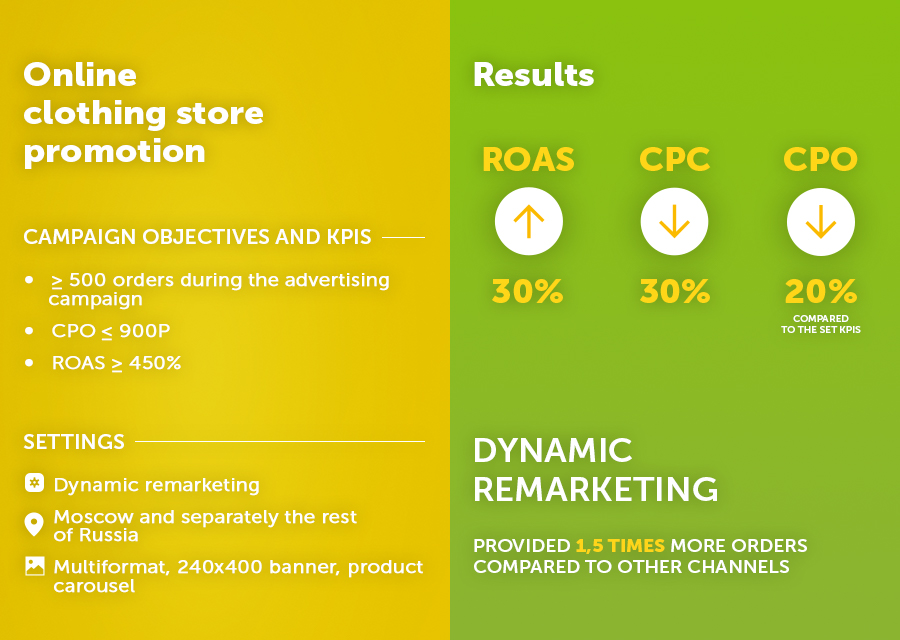 In order to tell the active audience about the beginning of sale and return users to the store’s website with the purpose to motivate them to order, it was decided to use the dynamic remarketing of myTarget advertising platform. The technology allows to connect the product feed of online store to the campaign. Then the system automatically applies information about the products the user interacted with (for example, looked at or added to the cart) to the advertisement.

This tool facilitates higher conversion than advertising with interest targeting, as it allows to build communication with the “hot” audience – users who are already familiar with the company’s offers. Thus, it was expected to keep within the target CPO indicator.

At the first stages, for the maximum reach of target audience, all formats compliant with dynamic remarketing were used: multiformat, banners and product carousel. During the campaign, the formats that did not deliver target indicators were turned off. For example, two weeks after the start, campaigns with a 240 x 400 banner were suspended.

The dynamic remarketing strategies were developed on the basis of the data on the number of days before transaction – this is the most important metrics when drawing audiences for remarketing. 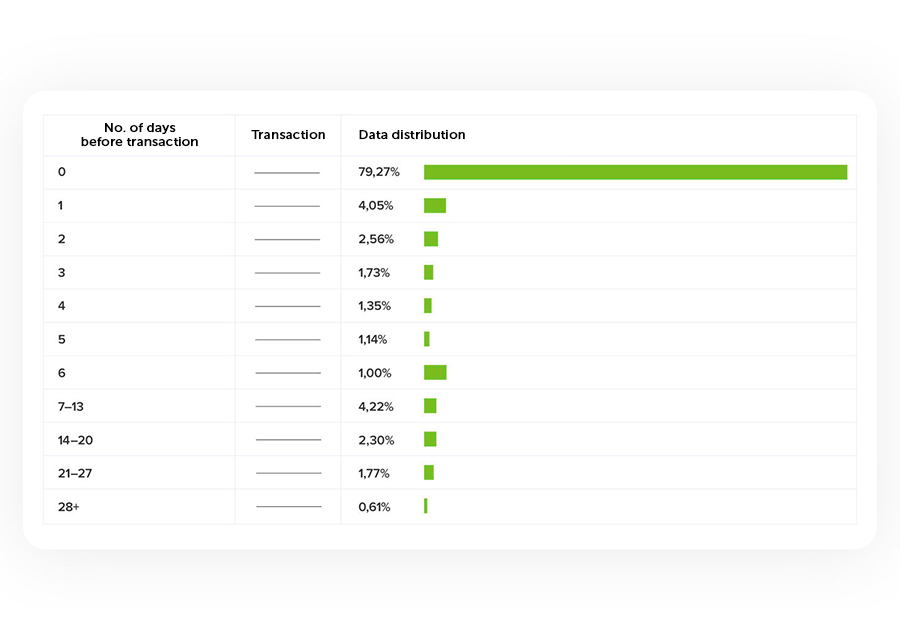 Most of the users coming to the site made the purchase decision within a week, therefore the Agency focused on this audience segment.

The strategy also considered user behavior scenarios for the store’s website. The audience for remarketing was additionally segmented into the following groups:

Campaigns were targeted at Moscow and separately at Russia (without Moscow), as the difference in the rates reached 100%.

After obtaining test results in the middle of the month, advertising was optimized: the least effective scenarios were turned off, and the rates were reduced in the campaigns showing CPO above the plan.

Dynamics of key indicators during the campaign:

Campaigns were conducted from January 1 to January 31. 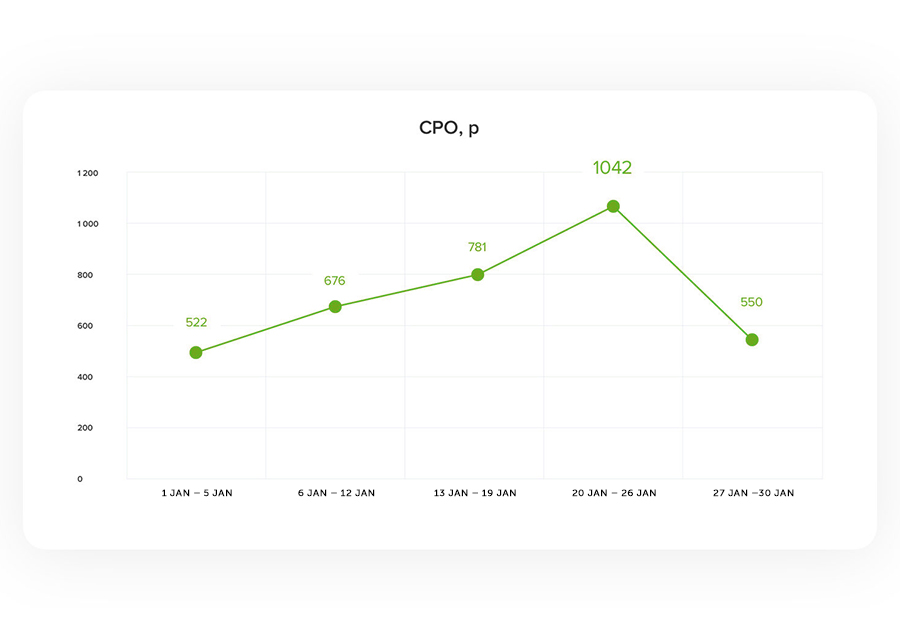 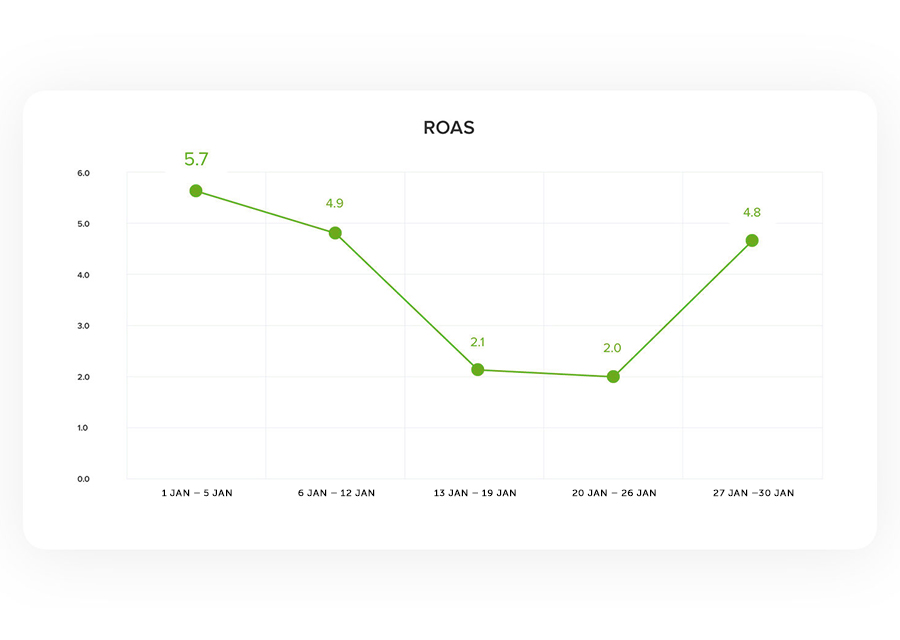 Thanks to the rate optimization following the results of the campaign, we successfully achieved cost per click reduction almost by 30%. The promotion campaign allowed to implement the plan for the number of orders, the cost per order (CPO) showed itself to be below KPI by 20%, and ROAS was 30% higher.

The top results appeared in the multiformat campaign targeted at customers who added goods to the cart up to seven days ago. It worked six times more effectively than the campaign with a 240х400 banner targeted at the users who visited the online store 8-30 days ago.

The myTarget dynamic remarketing provided 1,5 times more orders in comparison with the rest of advertising channels. The cost per order was almost twice lower than the last campaigns with interest targeting.